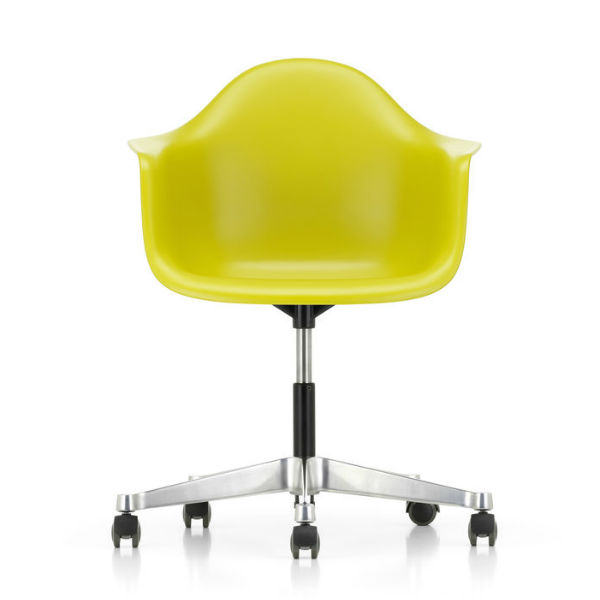 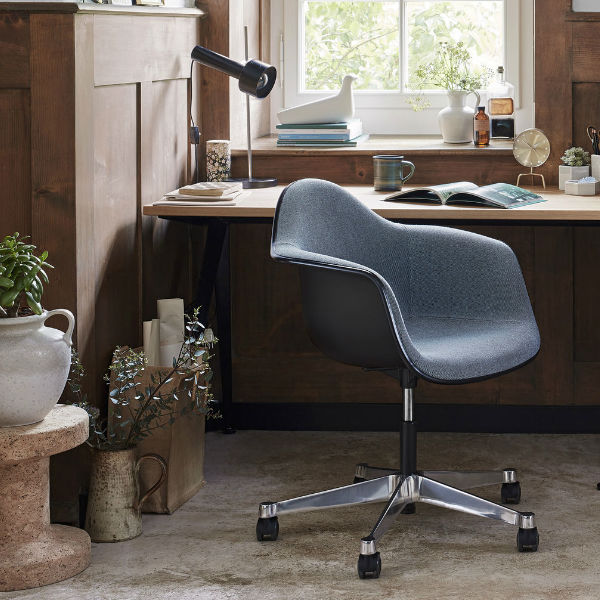 Designed by Charles and Ray Eames
Manufactured by Vitra

In a reinterpretation of the classic DAW Plastic Chair, the PACC Plastic Armchair boasts a functional swivel-base that’s perfect for office use.

Designed by Charles and Ray Eames for Vitra, their original design was the first mass-produced chair crafted from fibreglass. The design of the plastic shell used for the Eames PACC Armchair was first presented in 1948 at the Museum of Modern Art’s ‘Low Cost Furniture Design’ competition and grew to become one of the most recognised icons of mid-century furniture design.

Since the 1950s, the plastic Eames Armchair’s organically shaped shell has been combined with different bases and produced in its millions. This re-edition from Vitra has a recyclable polypropylene shell that conforms to the body’s shape.

Featuring a pivot function alongside an adjustable height, the star castor base allows easy movement and makes the Eames PACC Armchair an ideal choice for any office or workspace.

For more colours or upholstering enquiries please contact us.