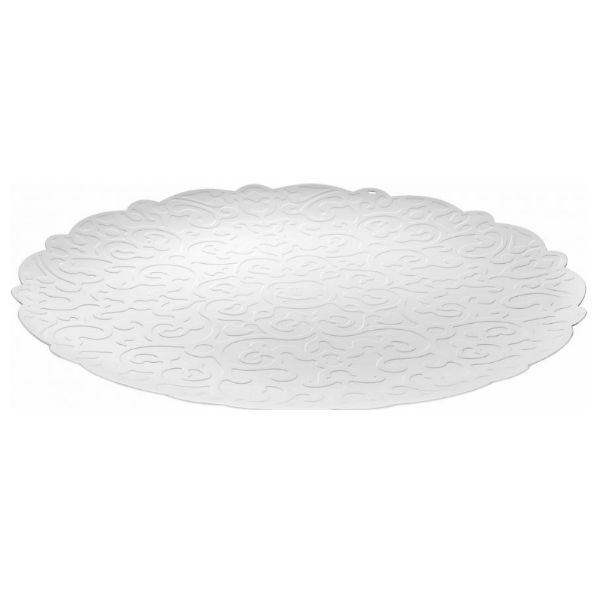 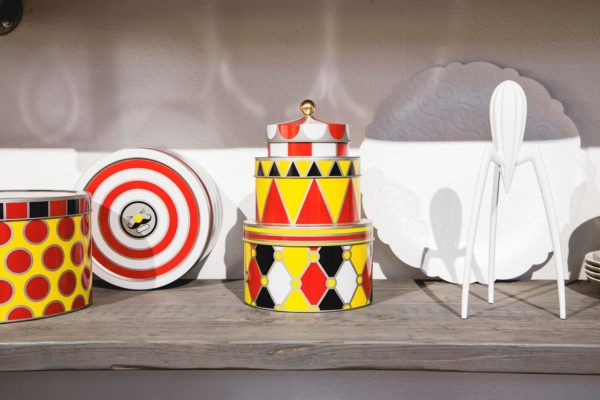 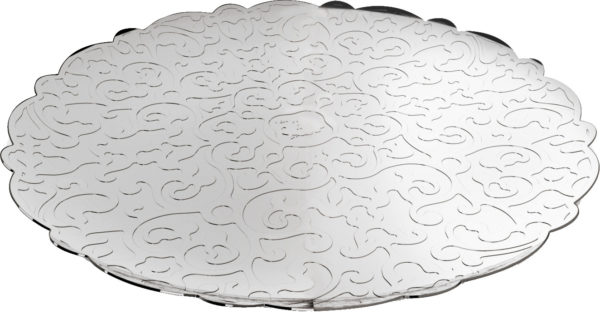 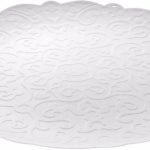 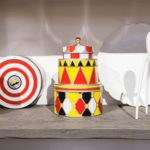 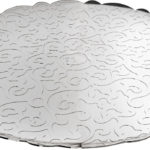 A coloured version of the small, round tray, can be considered as a good expression of the “Dutch Baroque” movement, which has been so well interpreted by the talented Marcel Wanders. After the presentation of his Tableware “Dressed” in the spring of 2011, has been drawing a number of followers. Particular attention should be given to the decoration, achieved by the new application of the rolling relief technique, which gives an interesting three-dimensionality to the objects.” (Alberto Alessi)