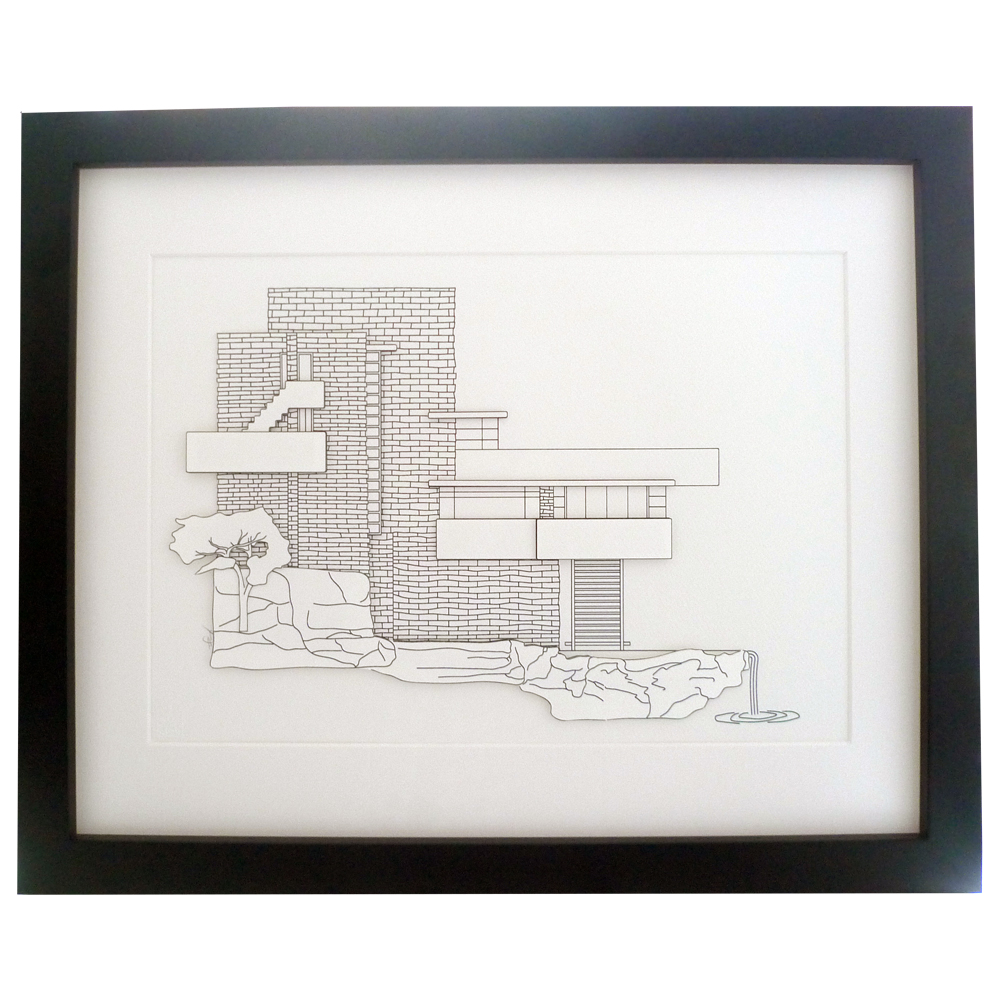 Fallingwater is a house designed by architect Frank Lloyd Wright in 1935 in rural southwestern Pennsylvania, USA. The house was built partly over a waterfall and was designed as a weekend home for the Kaufmann family of Kaufmann’s Department Store.

After its completion, Time called Fallingwater Wright’s “most beautiful job,” and it is listed among Smithsonian‘s “Life List of 28 places to visit before you die.” The house was designated a National Historic Landmark in 1966. In 1991, members of the American Institute of Architects named Fallingwater the “best all-time work of American architecture” and in 2007, it was ranked 29th on the list of America’s Favourite Architecture according to the AIA.